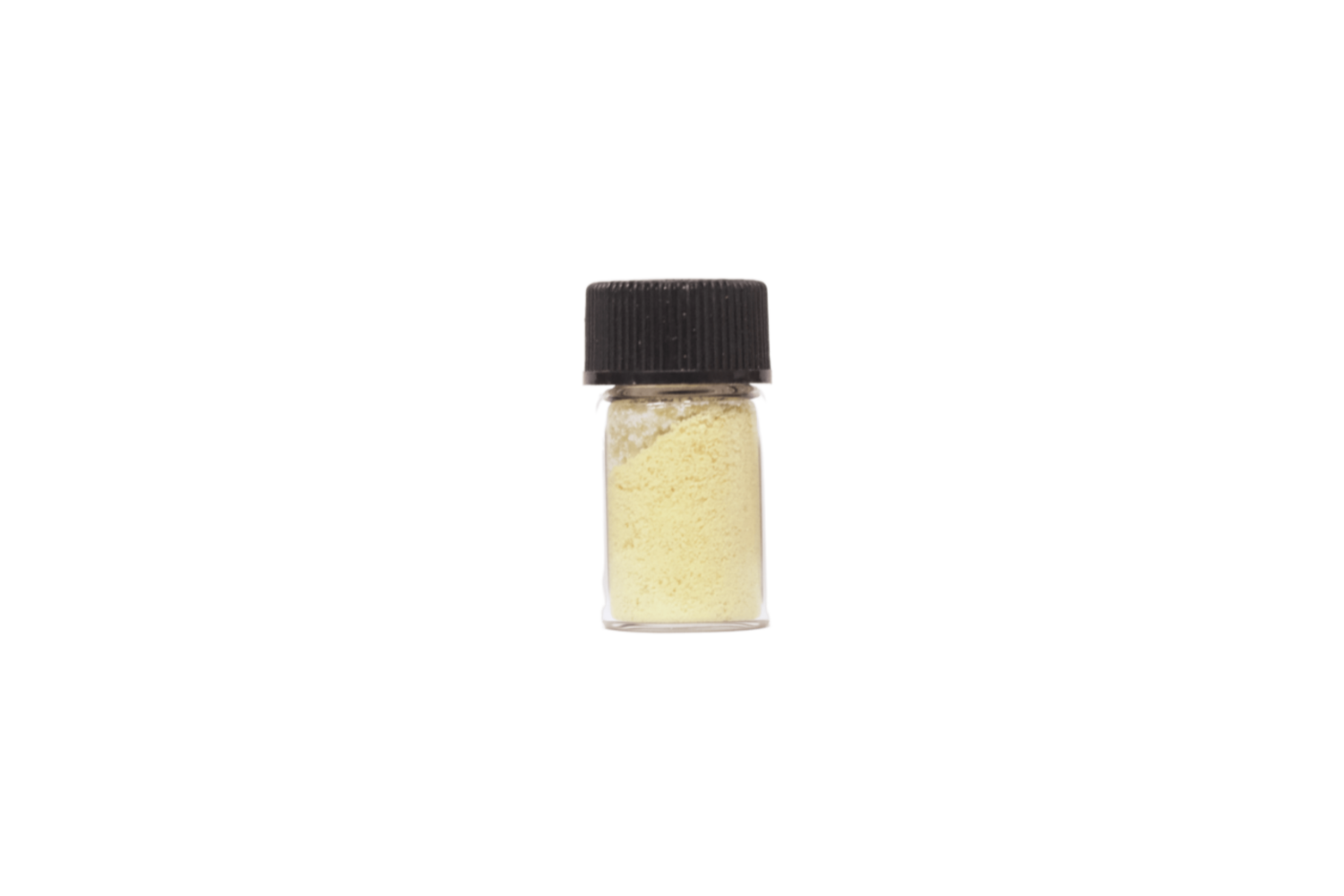 N, N-Di-Methyl-Tryptamine (DMT) is a naturally occurring psychoactive alkaloid that is found within the cells of many plant & animal lifeforms. This alkaloid has also been found to be endogenous to the human brain (specifically the pineal gland), and new research indicates that it may actually be present in much higher levels than previously thought.

DMT has been described by many as the most potent psychedelic on the face of the planet. It catapults the user into vivid visual hallucination, completely unhinges any sense of time, and can reveal deeply meaningful/powerful insights about the very nature of reality itself. It's also commonly reported to encounter unknown beings (who are benevolent in nature) during a DMT experience.

While DMT is the most potent psychedelic out there, it's also one of the fastest acting. Smoking or vaporizing DMT will elicit an experience between 15-20 minutes in duration, however during this experience you may completely forget that time exists at all.

Our freebase DMT is guaranteed to be exceptionally pure. We extract under sterile conditions, perform multiple recrystallizations with clean, fresh (reagent grade) solvent, and utilize a multi-step filtration process to form the final product.

1. Weigh out approximately 30-35mg of freebase N, N-DMT powder (about the size of a grain of rice)(we highly recommend purchasing a scale that reads to .001 gram).

2. Place powder in a glass bowl, dabbing apparatus, or pipe

3. Heat exterior of glass and inhale until all powder is combusted.

We also recommend closing your eyes as you exhale.

Want to learn more About DMT?

DMT, or N,N-Dimethyltryptamine, is a psychoactive chemical alkaloid that occurs naturally in both plants and animals, from exceedingly simple underwater organisms, to large, complex, and intelligent land mammals. DMT is also the primary active hallucinogenic compound in Ayahuasca, which is a psychotropic brew consisting of Banisteriopsis caapi and Psychotria viridis among other plants. Ayahuasca has been used for ritual purposes by indigenous people in the Amazon rainforest for hundreds, if not thousands of years.

People also ingest DMT in crystal or "freebase" form, smoking it in a pipe. bong, or more recently vaporizer cartridges. This form of ingestion produces a powerful but short-lasting hallucinogenic state, considered by many to be one of the most intense psychedelic experiences in existence.

DMT is also a fundamental "building block" of many other psychedelic substances, including psilocybin (4-PO-HO-DMT) and it is structurally analogous to both serotonin and melatonin. This similar structure is what it allows to bind with 5-HT (serotonin) receptors and cause physiological effects.

Many often confuse N,N- DMT with 5-MeO-DMT, or 5-Methoxy-N,N-Dimethyltryptamine. 5-MeO-DMT looks exactly like N,N-DMT on both a macro and micro level, but the former has a few extra atoms attached. Although these two substances are nearly chemically identical, the experience can be significantly different.

DMT becomes psychoactive when a dose of 0.2 mg/kg or higher is ingested. When smoked or vaporized DMT is a very fast-acting substance with the "peak" of the experience occurring between 2 and 4 minutes after ingestion, and completely resolving within 15 to 20 minutes. When taken orally (ayahuasca brew), the effects can take up to an hour to appear and may last for up to 12 hours. It's important to note that DMT on it's own is not orally active (meaning you will not feel any effects if you eat or snort it) but when combined with Banisteriopsis caapi (or another MAO inhibitor) it can be orally psychoactive.

Mixing DMT into the liquids found in vape pens is a newer form of ingestion with significant benefits - namely the ease of consumption. Because the intensity of DMT depends on the dose, vaping it can cause hallucinations that are as or more intense than consuming it in more traditional ways, as long as proper dosage is received within a short period of time (this sometimes takes several "pulls" or "hits" on a vaporizer).

Out-of-body experiences (defined as the dissociation of awareness from the physical body) are also commonly reported with high doses of DMT, and this is actually considered one of the "hallmarks" of a high-dose DMT experience.

In his 2000 book, The Spirit Molecule, psychedelic researcher and psychologist Rick Strassman describes studies during which approximately half of the study subjects reported interactions with “intelligent beings”, “entities”, “aliens”, “guides” or “helpers”. Ethnobotanist and psychonaut Terrence McKenna called these beings “machine elves.” According to Strassman’s work, they take the form of “clowns, reptiles, mantises, bees, spiders, cacti, and stick figures.” They have also been described on several online forums as being "made of geometric patterns".

Save this product for later
Display prices in: CAD
bottom of page