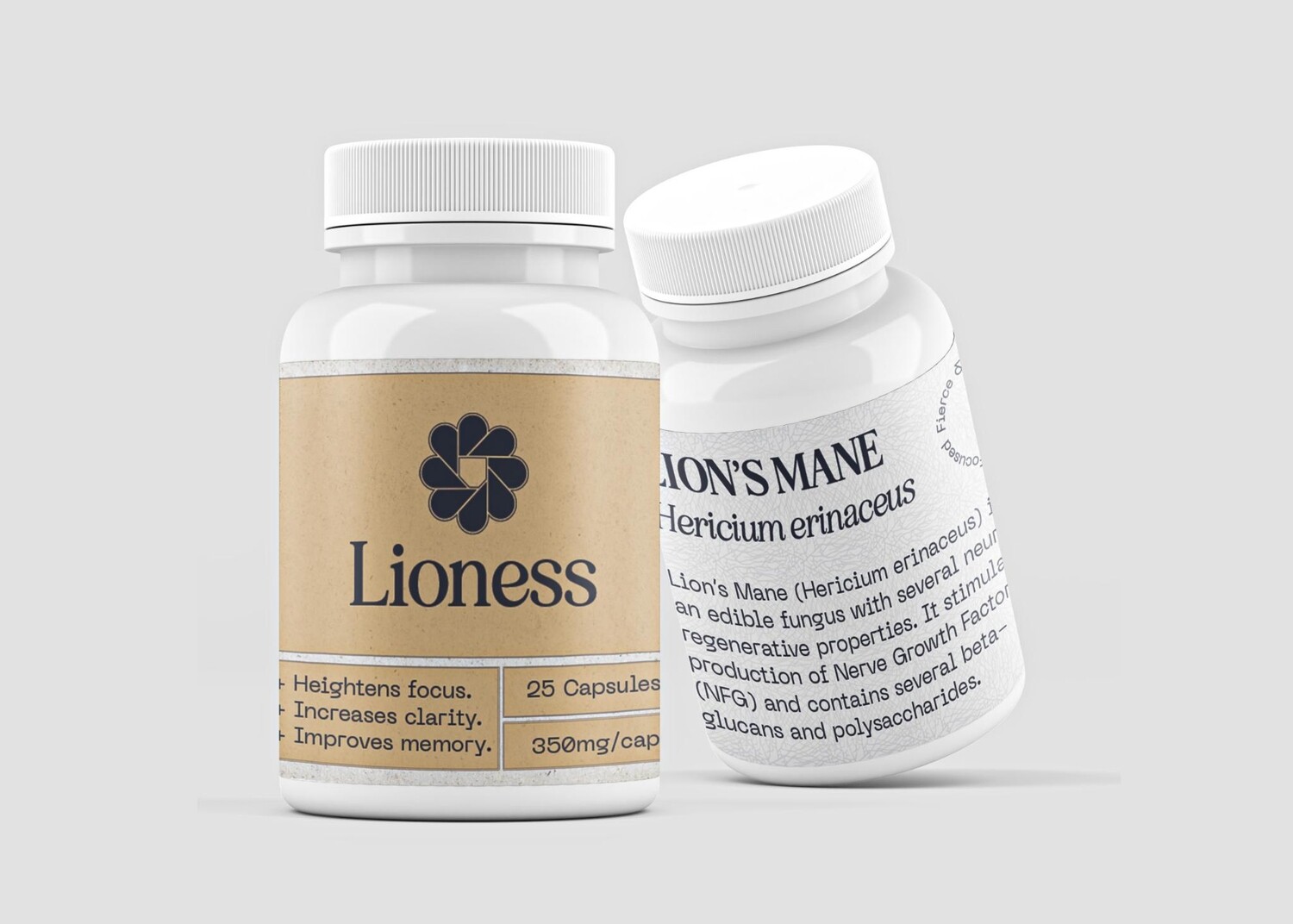 The Hericium Erinaceus Fungus (commonly known as Lions Mane Mushroom) derives both it's Latin, and it's common English name from the appearance of it's fruiting bodies - which resemble both a hedgehog (Hericium in Latin is Hedgehog) and the flowing, wispy mane of a Lion.

This species of Fungi is renowned as both an excellent culinary mushroom, and a valuable medicinal mushroom. Lions Mane is gaining popularity as a nootropic supplement due to the results of several studies, performed at esteemed institutions showing its positive effects on neural health, Alzheimer's, dementia, and other neurodegenerative disorders. Both the mycelium and the fruiting bodies of this species contain a substance called erinacine, which causes increased production of nerve growth factor (NFG).

Higher levels of NFG have been shown to not only reduce the effects of neurodegenerative disorders, but improve cognition in healthy individuals - according to a study performed in 2008 in Japan. Subjects were split into two groups and half were given dry powdered Lion's Mane three times a day and observed over 16 weeks. At weeks 8, 12, and 16, the group taking Lion's Mane scored significantly better on a cognitive test than the other half in the placebo group.

There is also evidence to suggest that mixing Lions Mane with Psilocybin mushrooms (shrooms) can potentiate the neurological benefits provided by each mushroom, compounding the beneficial effect that the user receives.

Save this product for later
Display prices in: CAD
bottom of page